The Borough representative for High Legh ward, Councillor Kate Parkinson challenges the "illogical" decision to cut funding to highways in our rural areas. 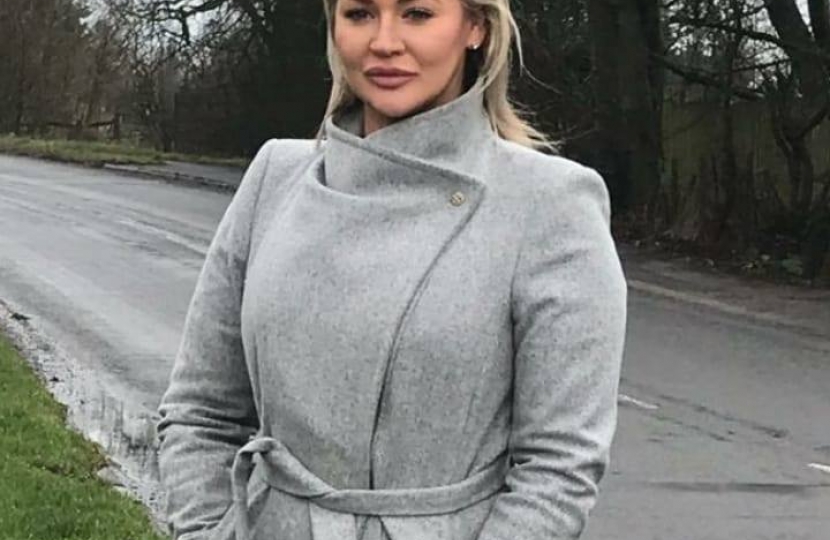 The Borough representative for High Legh ward, Councillor Kate Parkinson challenges the "illogical" decision to cut funding to highways in our rural areas.

At Full Council, Councillor Kate Parkinson seconded an amendment from Cllr David Brown regarding the lack of monies being given to the Highways budget.

Speaking on the matter, Councillor Parkinson said: “Whilst it is not for the opposition to draw up a budget, in my role as the Borough representative for the people of High Legh ward - I felt it was imperative that I highlighted and challenged the Labour-Independent administration’s continued lack of care and funding granted to the Borough and in particular, the rural areas. Considering the recent flooding and cold weather, it is illogical to cut spending on our Highways.”

Speaking at Full Council, Cllr Parkinson spoke up for the residents of High Legh ward, who are increasingly concerned by Cheshire East Council’s negligence of our rural communities and infrastructure.

Addressing the Council, Cllr Parkinson said: “It should be a priority that out of a 4.99% tax increase some of that money be given to Highways as this is a satisfactory solution to some of the major issues we have on our network, one of which is gully emptying, which has been drastically slashed and which has contributed greatly to the major flooding issues we have all seen throughout the Borough in the recent weeks.

However, to approach this by asking our Parishes, Parish Councils and Town Councils to invest in gully emptying is unfair and cruel. They have already agreed their precepts for this year, and therefore no money will be available for the next year and the earliest that the council can expect any contribution from precept monies would be the following year. But this also brings me to the issue of how unfair it is to ask residents to pay twice for the same basic service they have already pay for.

This is double taxation.

It is cruel to ask Parishes to increase their precepts, especially in light of the impact the financial strain Covid has put on residents. This is a major issue that will ultimately penalise some of the smaller Parishes that do not have a precept for this kind of expenditure, and even the larger Parish and Town Councils would have to adjust their budget to spend money on services that residents have already paid for.

This is an administration which does not care at all about the rural areas as these are the ones which would be disproportionately affected. Giving a larger portion of the 4.99% increase to Highways is the fairest and most satisfactory way of addressing the flooding issues by ensuring a proper gully emptying programme is set up around the Cheshire East Borough, which will in turn help prevent the floods deteriorating our roads even more, thus increasing the need for repairs caused by flooding.

I hope that you can all see the benefits that this will bring to the residents of Cheshire East should this amendment be passed.”

Despite providing detailed evidence of the flaws of this budget and illogical double taxation, the Finance Director refused to consider the amendment – claiming that is would leave the budget unbalanced.