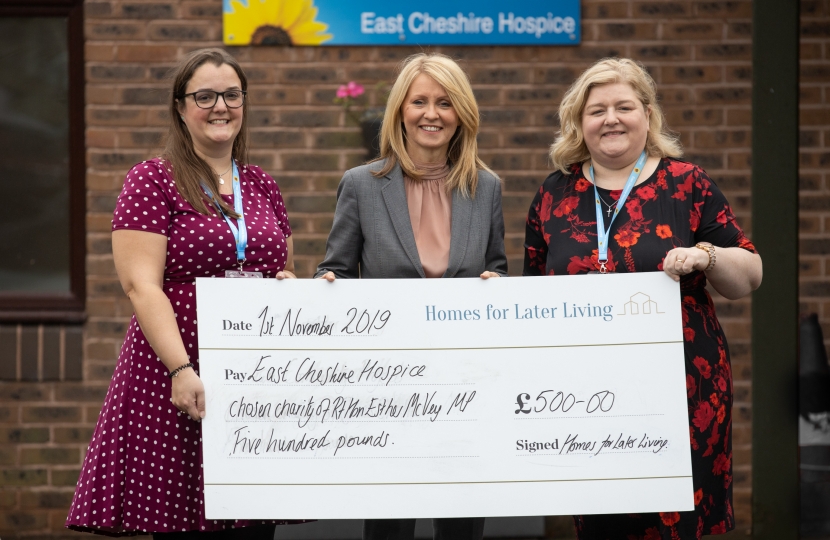 East Cheshire Hospice have been given £500 after an MP won the cash in a charity chess competition.

Ms McVey was joined by other MPs hoping to win some money for their chosen charity. Ms McVey chose to donate her winnings to the hospice, where she is one of the Vice Presidents.

Ms McVey said: “Every member of staff at this hospice is committed to ensuring patients and their families are cared for and have quality time together at the most difficult times in their lives. The work they do is outstanding and I know how much everyone values everything they do.

“I was honoured to be asked to be a Vice President and have been working with them for some time. I am pleased to be able to gift them this money which was raised from a charity event and I look forward to continuing to work with them and support them in future.”

The chess game was organised by Homes for Later Living, housing providers who specialise in homes designed for older people.

Today (Fri) Ms McVey met with hospice staff and handed over the cheque, along with a representative from Homes for Later Living.

A total of £7,000 was raised for charities across the UK by MPs taking part.

2022 Spring Forum to be hosted in Blackpool