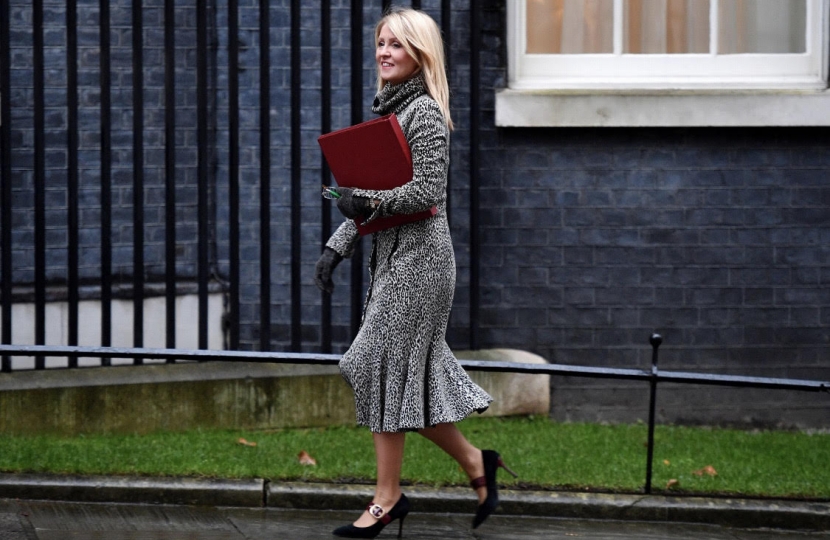 Ms McVey told the Guardian said: "It's been a difficult election, working really hard, it's been the winter months, and I know a lot of the public didn't want another election.

"I'm just absolutely thrilled to bits that the people of Tatton have put faith in me again to represent them, which I hope they know I will do to the very best of my abilities."

She said she campaigned on getting more money into education, access at Handforth Railway Station, getting a review of HS2, while adding "but of course we can't forget it was also an election on Brexit".

She added: "Parliament had come to a standstill, and knocking on doors and speaking to people they knew we had to get past this impasse - we had to deliver the biggest ever democratic vote of our time and then we move on to domestic issues.

"I have been in the Cabinet as a Secretary of State before, and I always come back home here. I live here, my other half lives with me and my dad lives with me, so I come back here all the time.

"I understand my foundations are Tatton, that's what allows me to be an MP. So you always have to remember that. - that first and foremost you are the MP for the area.

"I'm housing minister now and attend Cabinet now, but I'm always back here for my surgeries to meet with people, to hear what's going on, on the ground, and work with people.

"My team has been fantastic - it's absolutely everything, organising, helping, knocking on doors, stuffing envelopes.

"But more than anything once you've got a really happy, vibrant team and people wanting to join your team you know you're doing the right thing.

"They are all amazing, it's a real spread of people and they've just done so much."

2022 Spring Forum to be hosted in Blackpool