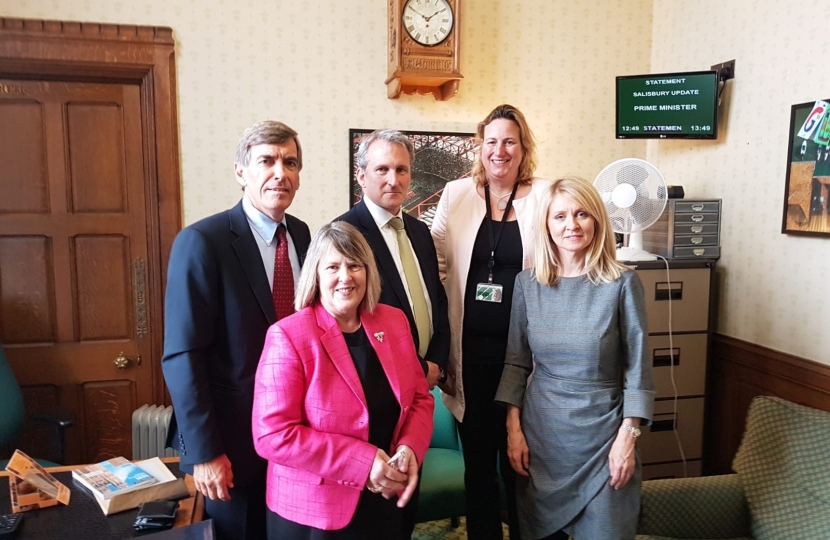 An MP has called for fairer funding for Cheshire schools and demanded answers as to why the area misses out to areas such as London.

Tatton MP Esther McVey said it is vital schools get the money they need for education given it is one of the key building blocks of social mobility that every child needs.

Speaking in a debate she secured in Parliament on fairer funding for Cheshire schools, she told of how costs are outstripping funding in both Cheshire East and Cheshire West and Cheshire council areas and urged Schools Minister Nick Gibb to act.

Ms McVey told the debate Cheshire West and Chester is funded below the average and at the minimum levels of funding for local authorities and had only received a 0.5 per cent increase in the last two years and teachers pay had increased above the anticipated public sector pay cap.

She told the debate how based on Cheshire East council’s budget calculations until 2010, 50 per cent of maintained schools in the borough will have a deficit in excess of £100,000, and how it identified cost increases of eight per cent from 2016/17 to 2019/20 but actual funding had increased by just two per cent.

Ms McVey added: “As the lowest funding authority our schools already have a lean budget plan which makes addressing the pressures even more challenging than in other areas. The current national formula, which is shifting resources away from areas with low deprivation levels such as Cheshire East, is reducing basic funding levels and not leaving enough to run the schools. And in schools where deficits are exceeding £100,000 schools will have to look at reorganising, whether that is creating federations or possibly closing down, which will not meet the needs of families having to travel further or Cheshire Council budgets as transport costs increase.

Ms McVey used the debate to call for more support for special educational needs, be it extra support for local authorities when they have to use independent schools to meet those needs or for capital investment so build more classes to cater for those needs.

Ms McVey welcomed the increases in education funding since 2010 but said costs are outstripping the additional funds. She urged Mr Gibb to meet with her and other MPs “so we can all work together to make sure our area gets the right funding for its children.”

He added: “We are directing money where it is most needed based on schools and pupils needs and characteristics.”

Esther McVey was supported in the debate by other local MPs Fiona Bruce, Antoinette Sandbach and Mike Amesbury.

Esther McVey and councillors are urging council chiefs to decide the best way to resolve infrastructure and traffic problems blighting communities around Winnington – amid fears a delay could result in the area missing out on Government cash.